I recently hired a sitter to come twice a week for three hours in the morning.

I feel guilty just typing that.

I don’t know why it feels like cheating as a “stay at homer.”

But on the weeks that my husband works an exorbitant number of hours, I think it saves me from melting into a frazzled puddle of overwhelmed. The kids get a little dose of fun caretaker — and I come back ready to conquer the rest of the day-o-childs.

It sounds selfish, but it’s the best thing ever — for all parties involved. I usually run menial errands or go to Barnes and Noble to do computer stuff — and last week I had a good cry in a parking lot. That got depressing and awkward really fast. I know.

To significantly increase my chances of exercising during the day, I have to put my tennis shoes on and make sure my iPod is charged before I do anything else in the morning.

Before I make breakfast for the kids, think about coffee, or look at the quivering volcano of laundry with one little tiny slit of an eye.

I’m a lot more apt to lug the stroller outside and get the kids ready to hoof it around the hood if I don’t have to go hunting for my shoes or take nine precious minutes to charge my music/happy source.

Related: Unless explicitly solicited — don’t give a mom advice. We’re all doing the best we can and surprise advice can feel like someone thinks we can do better. The tennis shoes first thing!! thing works for me, but I might be the only one that cares about getting out the door with music in my ears in the mornings.

As much as I’d love to get dressed in something that would be uncomfortable to exercise in every day — it doesn’t happen very often unless I’m leaving the homestead (and even then, not necessarily).

Sometimes I’d rather skip the makeup routine because then the toddlers want to “scara” on their lashes and some lotion on their noses and and and and.

I paint my nails every week. I love Sally Hansen’s Complete Salon Manicure in almost any color but I especially like Caf’ Au Lait.

It dries quickly, goes on thick enough that it looks great after just one coat, is shiny so it doesn’t necessitate a topcoat, and is really cheap at your local Target/Walgreens/drugstore. 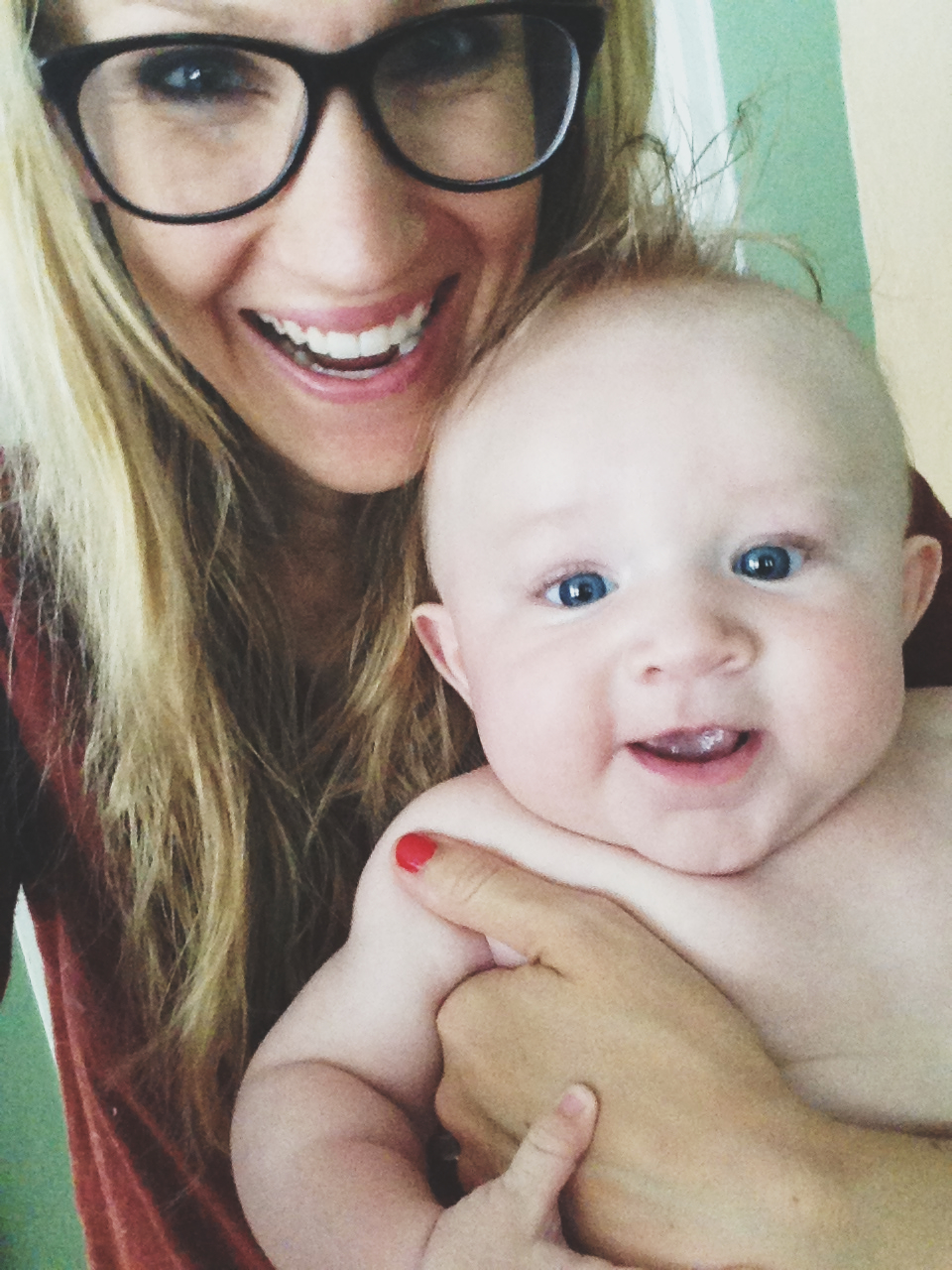